Palwal is an enchanting delight to those who are attracted to history naturally woven into culture, tradition and mythology. The place is mostly a quiet and serene place for tourists. This makes it the best get away for a holiday drizzled with beauty and peace, which washes away the monotony and stress from life.

Pages from history reveal a lot about Palwal. Its relevance dates back from the period of Mahabharat where Lord Balaram killed the “Asur” (demon) residing here and the Pandavas spending theri secret exile; to the Mughal Empire, destruction of the place by Muslims and then its reconstruction by Vikramaditya and right upto the British period, where Mahatma Gandhi was first arrested at Palwal railway station. All the stories interwoven together make this place mystically a tender concoction of religious and historical landmark.

If you are visiting Palwal, then here are some places you must surely visit to get a feel of history in their womb.

*Source:www.indianmirror.com
This temple is situated on the GT Road about 25 kms from Palwal, in the village of Banchari. Depicting the magnificent story of how Lord Balaram killed the demon Palwasur who ruled this place, the temple has beautiful hand carvings on its walls and roof. The locals celebrate the victory of good in that legendary battle, where Lord Balaram or Lord Dau killed the demon and released the villagers from misery. 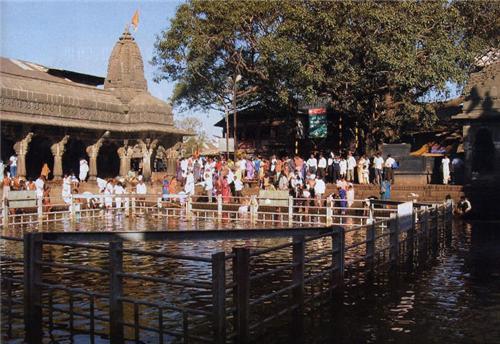 In Mahabharata, when Pandavas lost to Kauravas and were sentenced to 12 years Vanwaas (living in woods) and 1 year Agyatwas (living incognito), they selected this place for their secret exile.

During that secret exile, Pandavas resided in this place (known as Panchvati at that time) with their different disguises to avoid being detected by the agents of Kauravas. This was because if their hide out was determined by the Kauravas, they would have to spend another year in secret exile. Pandavas separately entered the service of King Virat who ruled the place at that time.

Yudhishthira being well versed with scriptures, rules of functioning of royal court and skills of royal games, decided to enter as the king’s adviser and priest with the alias “Kankanbhata”. Bhima with his mighty body and appetite for food decided to work in the royal kitchen as the chief cook named “Ballava”. Arjuna, with the curse by Urvashi, was destined to pass one year as a eunuch and hence decided to teach dance and music to the princess Uttara, assuming the name of “Brihnnala”. Nakul being an expert in the training and treatment of horses became “Granthic”, the care taker and guard to the horse stable and Sahadeva was in charge of cow – sheds and was to be known as “Tantipal”. Draupadi was appointed as the chief maid-servant to the queen, known as “Sairandhri”.

Later on, Pandavas helped King Virat save his kingdom from Kauravas’ attack and King Virat in turn fought from the Pandavas’ side during the epic war of Kurukshetra.

A temple was hence constructed being named after them. This temple is surrounded by an aura of spiritual and religious stories which seem to be singing the majestic tales in the quite of the air for anyone who visits.

This pond is named after Draupadi, wife of the pandavas, also called as Sati ka Talab (Sati being another name for Draupadi). The pond used to be the place where Draupadi came everyday with other women working in the palace, to wash clothes and bathe.

Till day, every year in January, a Mela is organized where women pray to Devi Sati for happiness, prosperity of their family and blessings; and the men indulge in rural sports activities, like Kushti, weight lifting and boxing, etc. 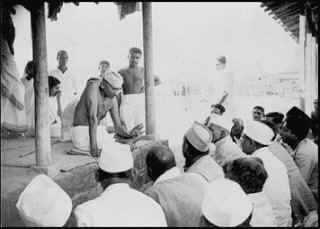 Built on the outskirts of the city, this is a serene place to find peace within a chaotic world. Being run by the Gandhi Sewashram Trust, it is a home to and services a number of poor people.  Every year a tribute is organized here on Gandhi Jayanti in remembrance of the father of the Nation.

The Gandhi Sewashram Trust dedicated to establish and run the non profit Gandhi Ashrams all over India, decided to open a sewashram in Palwal because this place has a great importance in the history of our independence. When Mahatma Gandhi arrived at Palwal enroute his protest rally about the Jallianwalah Bagh massacre, he was for the first time, arrested at Palwal railway station by British police. Our fight for independence strengthened after this event and Palwal witnessed its turning point. 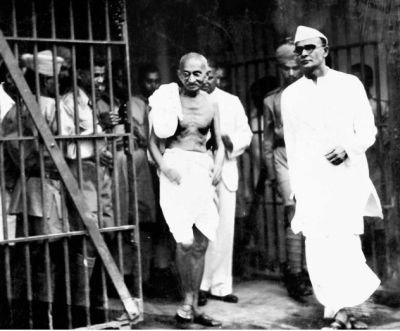 Raja Nahar Singh was the last Jat king of this state founded by Balram Singh, the chief who held the surrounding country area and was involved in infrastructure and land related developments. Balaram Singh also built this majestic palace for the king in the same year of founding the state in 1739. Raja Nahar Singh was one of the kings in India who loved their country more than they loved their throne. Hence the king was executed in 1858 by British government on charges of taking part in the war of independence. After his execution, he came to be known as Amar Shaheed Raja Nahar Singh with pride and patriotism embedded onto his legacy forever. 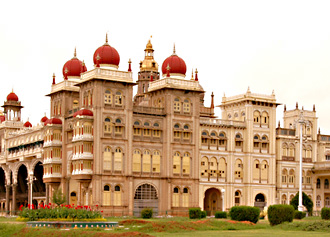 This royal fort in the small town of Ballabgarh (changed from its original name of Balaramgarh) which lies on the NH-2, a major portion of what was called The Grand Trunk Road, is still filled with an ambiance of being home to the vibrant warriors of past. Even till present day, visitors can feel the fervor of victories, won by Raja Nahar Singh, in the air which had been celebrated with counchells and trumpets and rejoicing people.

It has been converted into a heritage resort property with guest rooms, bar, lounge, antiques, relics of the past, carvings and arches, all of which take you back to the royal feel of being a guest in a King’s palace.

How To Reach Palwal

By Train: There are regular trains from all major cities to Palwal (PWL), thus making its connectivity to all of them easier.

By Road: Palwal does not have a bus stand of its own. The nearest bus stations are Faridabad (26 km away) and Noida (43 km away).  Regular cabs are available from bus stands and nearest airports enabling travelers ease of access.

By Air: The nearest airport to Palwal is Delhi’s Indira Gandhi International Airport - 56 km away.