Palwal has a lot of significance due to the history attached to it. The place is well known in India’s mythological and political history, while also holding momentous religious importance. The city has been a testimony to lot of crucial events from Mahabharata and India’s independence, which helped shape the country we are today.

A number of stories revolve around the name of the city which enchants anyone who visits them through the window of the city. The chronicles of Palwal’s past reveal that the city was named after a demon “Palwasur”. He ruled the place during the “Dwapar Yug”. He was then killed by Lord Krishna’s elder brother, Lord Balaram, also known as Baladev or Dau by the locals. To celebrate this, every year, the residents of the city organize a festival named “Baladev Chhat ka Mela” and have a temple dedicated to Balaram named “Dauji Temple”. 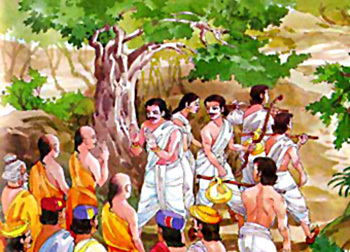 During the same Dwapar Yug, Palwal, became part of the Pandava’s kingdom of Indraprastha. It was initially known as “Panchvati” and later identified as “Apelaya” town. When Pandava’s were sentenced to one year of secret exile called “Agyatwas”, they lived in the woods surrounding this area. And later on during the restoration of the town, a temple called “Panchvati temple” was built in their memory, which is one of the great symbols of hindu religion. A pond named after Draupadi was also constructed, called “Draupadi Ghat”.

During the medieval period, the town was under the Aryan rule and Altmush in the 12th century. Shah Roshan Chiragh also ruled around this time. His tomb stands as a monument marking his time in history. The town decayed, was destroyed and laid unoccupied and shattered for a long time. It was then later taken over, restored and rebuilt by King Vikramaditya. 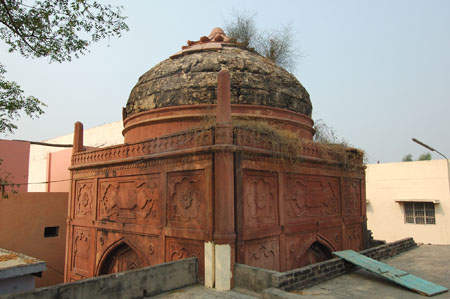 The oldest part of the town, the south – western side, covers a high mound/hill formed by the accumulated debris over the centuries. After the downfall of the Mughal Empire, it was given to General Duo Boigne along with the surrounding territory, as a jagir. It then went to Murtaza Khan of Delhi for a few years, after the conquest of Lord Lake, and later on annexed by the British.

The city was also a witness to the turning points in India’s independence. During the first war of independence, “Revolt of 1857”, a number of famous freedom fighters were from Palwal; Hayat Ali and Khairat Ali, were amongst them. During the British rule, Palwal was part Gurgaon and part Punjab. So, after the Jallianwala Bagh massacre, when Mahatma Gandhi was going to Palwal to protest against the brutal violent act, he was arrested at the railway station by the British for the first time on 19th April, 1919. The Palwal Railway Station still has a photo of it and the arrest warrant issued by the British governor. In this day’s memory, “Gandhi Sewashram” was built on the national highway on the outskirts of the town. After Gandhiji’s arrest, Netaji Subhash Chandra Bose visited Palwal where he laid the foundation stone of the Ashram and appeal to the youth to join Indian National Congress. He got a huge support from Palwal.

Today Palwal is a small but progressively developing district. Apart from its mythological significance, the town is well known as “Town of Cotton” of India.

Palwal has a number of cotton industries and factories developed in its lap. A huge number of residents are employed in these industries, working to process and deliver cotton and cotton based products. Cotton manufactured here is sent all across India for multiple purposes and cross-industry requirements.