Palwal is a beautiful place to visit. However, one needs to be aware of the climate and geography of the area. After all, no one wants to be shivering in biting cold or drenching in sweat during a trip to enjoy!! So here are some facts about the city and district Palwal in general. Some of the facts are an eye opener towards the fast developments in the smaller pockets of our country.

Palwal’s nearest neighbour is the capital of India – Delhi at a distance of 60 kms. In fact, Palwal lands into the National Capital Region of Delhi: a conglomerate of 21 districts. This makes Palwal not only easy to travel, but also very important from the development point of view.

Other neighbours of Palwal are, Faridabad and Gurgaon on its north side, Uttar Pradesh on its East and South side and district Mewat on its west side. 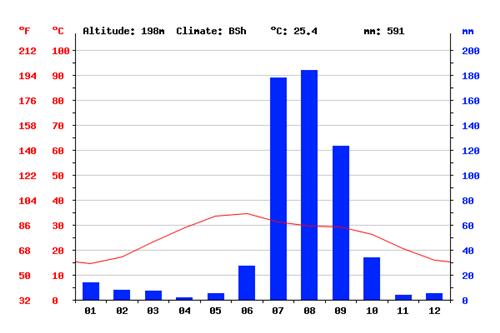 Palwal in Haryana is elevated at 198 mts above sea level is mostly a plain terrain, and its climate is categorized into an extreme climate. During summers, the temperature varies between 30 deg to 42 deg with 2 mm to 100mm rainfall. The summer months last from April to July. If you are traveling to Palwal during this time, make sure you have your sunglasses, a bottle of water and sunscreen handy.

During the rainy months, majorly in August and September, the rainfall peaks to 184 mm and temperature between 18 deg to 29 deg. Some days are also marked by incessant rains and strong winds. This may not be an ideal time to travel to this place, although the scenic beauty is breathtaking after the rain-showers have cleansed the view.

During the winter months from October to February, the temperature swings between as low as 14 deg (mostly in January) to 29 deg, along with an average rainfall of 150 mm. Peak winters have recorded fog of high density which constraints vision during travel. Hence, during winters, one must be careful while driving and also be traveling with a bag packed up in warm clothes at least upto a 3-layer wear.

With an area of 1359 sq. Km., Palwal district recorded a population of 10,42,708 during the 2011 Census. The district has a population density of 767 inhabitants per square kilometer, which gave it a ranking at 366th in population out of total 500 in India along with a population growth of 25.49% over the decade 2001 – 2011. Also, district Palwal has gender ration of 879 and literacy rate of 70.3%.
Although a small district, the numbers speak for themselves about where the future of the district is heading towards. It has been termed as the most developing and progressing city of the state and impressive figures get even better with the city Palwal. According to 2011 Census, Palwal city had a population of 2,35,663 with average literacy rate of 71% which is higher than the national average of 65%. Not just this, the population has 53% males and 47% females with literacy rates of 78% for males and 67% for females.
Even interesting is the fact that out of the 77.31% population in rural Palwal, gender ratio is 880; while the literacy rates are 66.72% in rural and 77.81% in urban.

This city truly is building upon a golden future not withstanding any demographic barriers. A visit to this place would be an enlightening one.