The city of Palwal, is famously called as the “Town of Cotton”, or is also renowned as the “Place of the great King Vikramaditya”, and has a very affluent cultural heritage. The people of Palwal, are very religious and god fearing and perform a lot of rituals in order to ensure that there life is free from evil and other bad omens. The locals also celebrate a number of festivals with great grandeur and one can witness a unison of various culture and religions in the social fabric of the city of Palwal. 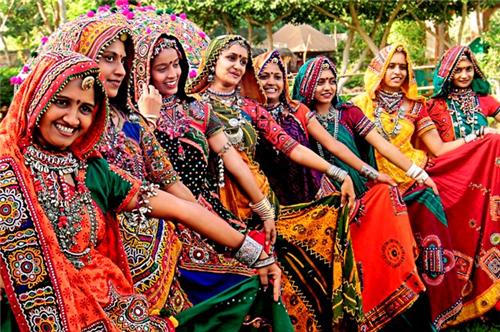 The population in Palwal, is a mix of many religions and the recent times, has witnessed a lot of influx of migrants from the nearby states of Uttar Pradesh, Bihar, Punjab and Rajasthan to this place. The majority of people in Pawal follow Hinduism followed by Islam. Around 85% and more of the population practice the Hindu religion and around 10% practice the Islam religion. Rest of the people follow Sikh, Christianity, Jainism and Buddhism. 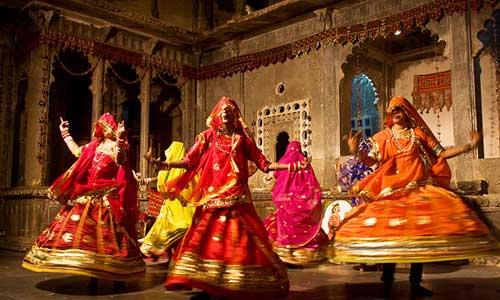 The principal language spoken in Palwal, is Hindi and the Haryananvi dialect is also very popular across the masses. There are some section of people who also speak Urdu and Punjabi. Though, some of the government and administrative offices use English as the mode of communication apart from the language of Hindi. The influence of the eastern part of the state of Punjab is visible in the Punjabi language that is used in Palwal. Since the use of English is growing due to the various employment opportunities and trade pursuits, there are many establishments, which cater training in English Language. A lot of such establishments are found in the Agra Chowk of Palwal. 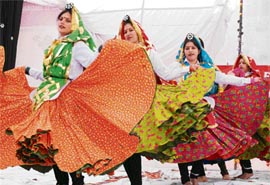 The folk theatre called Saangs, which is usually dedicated to erstwhile heroes and Gods, is very popular in Palwal. These Saangs, have a prelude of a folk song or a traditional hymn, which then gradually progresses into an enactment of historical stories and sagas in the form of a ballad. The culture of Palwal is rich in songs, dance forms, ballads, dance dramas and most of these forms of art are seen during some of the festivals. The Teej dance, Chhatti dance, Gangore Puja dance, Jhumar, Gugga, Loor are some of the famous local dance forms in Palwal. 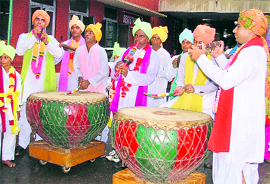 Most of the Indian festivals are celebrated amidst much galore in Palwal. Some of the major festivals celebrated here are Diwali, Navratri, Eid-ul-Fitr, Holi, Ram Navami, Chat Puja, Gangore, Teej and many others. The married women of Palwal, fast and offer their prayers to Goddess Parvati and Lord Shiva, during the festivals of Gangore and Teej and perform local dances during these festivals.

Another very famous festival that takes place in Palwal exclusively is the "Baldev Chhat Ka Mela", which is celebrated in honour of the elder brother of Lord Krishna, named Balarama, who is believed to have ended the dominion of a demon named “Palwasur”, as he had killed him and recues this place from his evil clutches.

Thus, the city of Palwal, has a very colourful and enchanting culture, which can be witnessed in the various celebrations and festivals that are observed in this city.