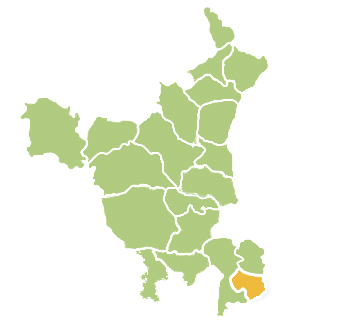 The beautiful city of Palwal, one of the newest districts of Haryana state and entitled as “Town Of Cotton”, is close to the heart of the state’s, not just political and democratic, but also mythological history. When on 15th August, 1979, Gurgaon was further divided to form Faridabad district, Palwal became a part of it. On 15th Aug, 2008 (separated to a district status on 13th Aug as per government records), it became the district headquarters of the newly formed district Palwal, inaugurated by the chief minister, Bhupender Singh Hooda. Located 60 kms from the national capital, on the Delhi - Mathura highway (NH - 2), this small city is the centre of cotton trade in the state.

Palwal - Past and Present

Palwal is a city with many beautiful realms of history. Some revolve around its name, telling that it is named after a demon that ruled this place and was killed by Lord Balaram. To celebrate this victory, people of the city organize a Mela till day. Some others revolve around the originality of this place being the secret exile for Pandavas during the sentence of their 1 year of secret exile in Mahabharata. Yes, the very same “Panchavati” we know about, hence making this place a religious symbol for the hindus. Some more inform us about the city in the medieval period being restored by the Parmara dynasty. And yet others walk us through the time of independence emphasizing on the importance of this city during the period of legends like Mahatma Gandhi and Jawahar Lal Nehru. Read More...........

Geography and Climate of Palwal

Palwal is located in the southern part of Haryana and the western part of India, being a part of the National Capital Region. It shares a geographical boundary with Mewat, Aligarh, Gurgaon, Faridabad and Delhi. Palwal has 4 Tehsils, namely, Palwal (the largest), Hodal, Hassanpur and Hathin (the smallest), 237 panchayats and 282 villages. National Highway - 2 passes through the Palwal district. Apart from the perennial river Yamuna flowing, a 136 km long Kundli - Manesar - Palwal Expressway is being planned to run through the district. Most of the population reside in its villages along the NH - 2.

So without drenching in rain all the daylong or sweating in the scorching sun or shivering in the biting cold, the best time of the year to visit Palwal would be during the months of either February/March or September/October/November. This way you can experience the moderate climate and enjoy your stay in this beautiful city. Read More..........

Palwal may be smaller in town - size, but the culture and ideologies it nurtures through its inhabitants are quite modern and moving ahead with the world. It has 25 small and big institutes training in various fields, innumerable reputed schools and around 8 engineering colleges, where the district’s youth are taught to learn ways of improving their lives. Geeta Bhawan located in Palwal, has a very big grain market in which trade of wheat and rice takes place and it serves a very large population, not just in Haryana, but also the entire country. Read More...............

Palwal celebrates all the major Indian festivals of Holi, Diwali, Dussehra, Rakhi Purnima, Durga Puja, Shivratri, Eid, Guru Purab, etc. with as much galore as the rest of India. But, the “Baladev Chhat Mela”, is celebrated with a lot more joie de vivre in this part of the country for its mythological significance. It is the most important festival for the entire region for it marks the day of victory of good over evil. The rest of the national holidays of Republic Day, Independence Day and Gandhi Jayanti are celebrated with as much pride and patriotism. 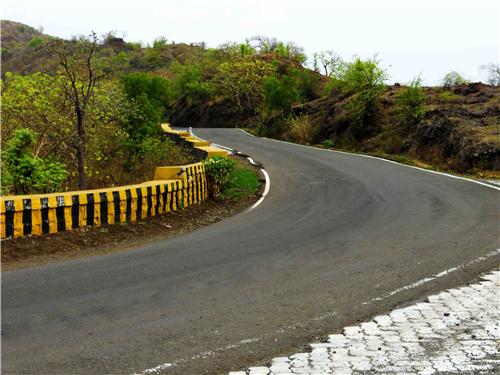 Dwelling in the womb of history, the city has a lot to showcase to the hungry admirers of beauty, art, culture and tradition. One must make sure not to miss the most important tourist places on a trip to the mystic land – Palwal. These places not only represent the history of traditional India, but also give a glimpse of the past.

Dau temple, which commemorates the legend of Lor Balaram killing Palwasura; Panchvati temple and Draupadi Ghat, which was built in the memory of Pandavas; Gandhi Sewashram, which resonates the core values of Mahatma Gandhi; Raja Nahar Singh Fort, which is a heritage palace worth its beauty, are some of the places that must not be missed during a getaway to Palwal. Read More.........

Palwal has a major railway line connectivity through Delhi from the Palwal Railway Station. There are many super fast trains to and from Palwal for long distance journeys and the Rail Department recently introduced a ladies train facility from Delhi to Palwal.

Although Palwal does not have air connectivity in itself, the nearest airport is Indira Gandhi national Airport, Delhi located about 50 kms away. The key point about Palwal is that it is situated on NH - 2 and this helps it to maintain connectivity by road to almost all part of the country. The Western Peripheral Expressway or the KMP Expressway (or the Kundali - Manesar - Palwal Expressway) is under construction and would be 136 km long acting as a Delhi bypass for traffic from NH - 1 in north Delhi going towards south Delhi on NH - 2. Read More..........